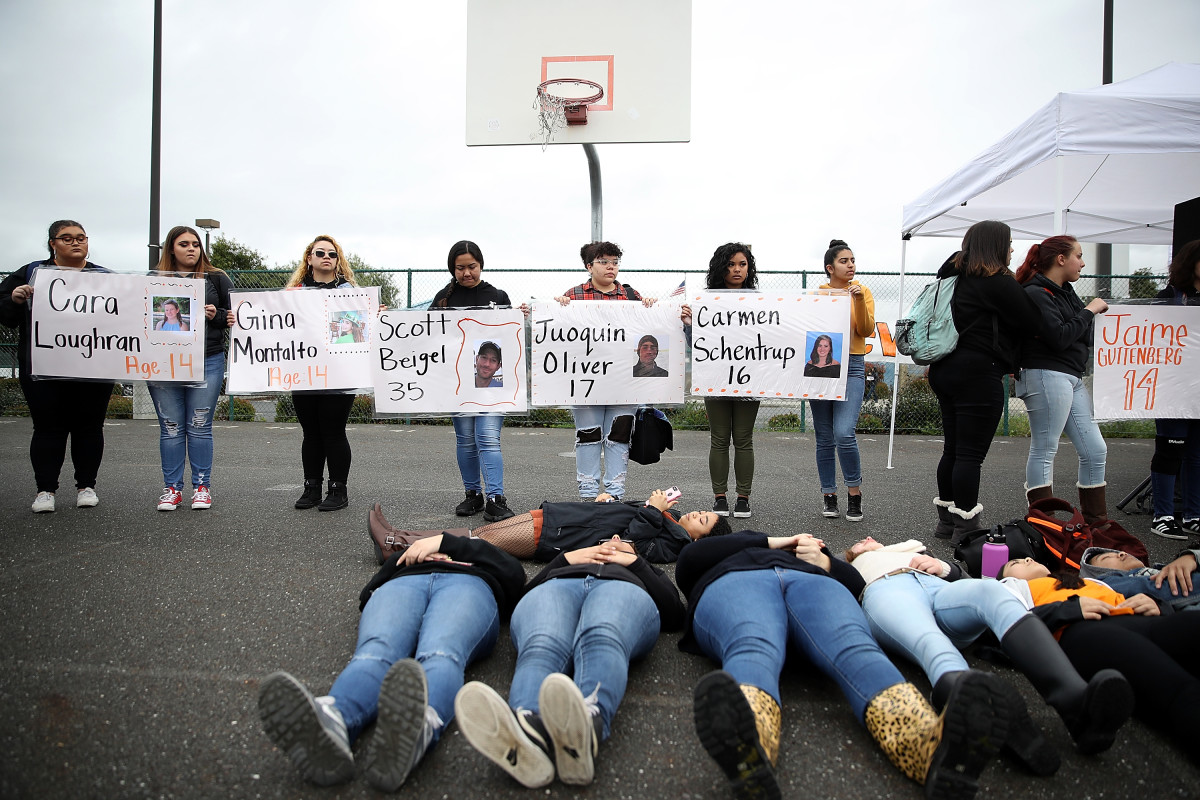 One of the first things you’d see if you walked into Alicia Davis’ high school in Greenwood, Mississippi is whirring proof that the school doesn’t have enough money. “You’ll see a big fan sitting in the middle of the hallway, because we didn’t have regular air,” said Davis, who graduated from Greenwood High School this spring.

“In the wintertime, we’d be super cold, because the heat wasn’t all that good,” said Davis, 18. In ninth grade, Davis’ family dynamics (read: modern home economics) teacher tried a risky WC solution: “She opened up the oven and that’s how we got heat.” Greenwood is a small district, with less than 3,000 students. Since 2008, the state has shorted Leflore County, which includes the Greenwood public school district, by more than $11.5 million, according to The Parents’ Campaign Research & Education Fund, a statewide education advocacy organization.

That was the last year that Mississippi followed state law and fully funded public schools. In the decade since, the state has underfunded districts by just over $2 billion dollars. The very name of the state’s funding formula –  Mississippi Adequate Education Program (MAEP) –conveys a minimum of effort, calculated not for excellence, but designed just to get by.  No state in the union relies more heavily on federal funding for public education than Mississippi.

At Greenwood, 93 percent of students are African-American like Davis and nearly all qualify for free or reduced lunch. That means options to make up for the lost state funding – such as PTA fundraisers or wealthy alumni – are fewer. Teachers had no choice but to be resourceful. One educator went without smart board technology for most of the year, Davis said. “She brought a sheet or a tablecloth from home and we pinned it on the wall so we could look at stuff.”

In one class, there was a shortage of desks, so students had to drag one from another classroom. In another, the newest textbooks were first-come, first-served. “You have to either wait for someone to get done with the good book, or you have to get one of the raggedy books that were there when my older sister was there, and she’s about to be 30,” Davis said.

Not all of her memories are bad; she brightened when talking about her freshman guidance counselor. “I felt like that was my best year. Because if she saw you making all As and the next nine weeks you’re slipping up, she’s going to call you in and ask you what’s going on,” Davis said. That teacher has since retired. Her list of classes in which she had a substitute teacher for most of the year is thankfully shorter than her list of teachers who’ve left to teach elsewhere.
“I honestly think no teacher wants to come to Greenwood High.”

Despite the challenges, she graduated with a 3.8 GPA and is headed to Delta State University in Cleveland, Mississippi, where she plans to study nursing. If she could make her case for more funding to the Mississippi legislature, the teen’s message would be simple: “Greenwood High School shouldn’t be overlooked.”

Davis’ stories don’t surprise Carolyn Jolivette, executive director of Ask for More Jackson, a public education advocacy organization based in the state’s capital. It was formerly known as Parents for Public Schools of Jackson.

“Because of the certification process at the state level and the funding, you’re not finding teachers just running to get a job in Mississippi,” Jolivette said. To address the shortage, the district has turned to retired teachers. “They’re excellent at doing classroom management,” Jolivette said, but the older teachers sometimes struggle to keep up with new technology. “A lot of the new things they’re being taught, it takes a while to catch up.”

Two of her three children graduated from Jackson Public Schools, as did two of her four grandchildren. A gloomy outlook is not an option, even though the district has been underfunded to the tune of $121 million between 2008 and 2018. “What gives me hope are the children and the wonderfully dedicated people I work with every day, who are doing work that they could never be paid for.” But, Jolivette said, the message sent by inadequate funding is clear: “You’re telling kids, you’re not good enough, we’re not going to offer things that are more challenging because of the neighborhood you come from, you’re not going to make the mark.”

In a grim 2015 paper about equity in Mississippi’s public education funding, researchers concluded that “school districts are not receiving sufficient funds to equitably educate children with specific needs, such as living in an area with extremely low socioeconomic conditions.” Their prediction was dire: “Mississippi will continue to languish in academic achievement until MAEP is fully funded on a consistent basis.”