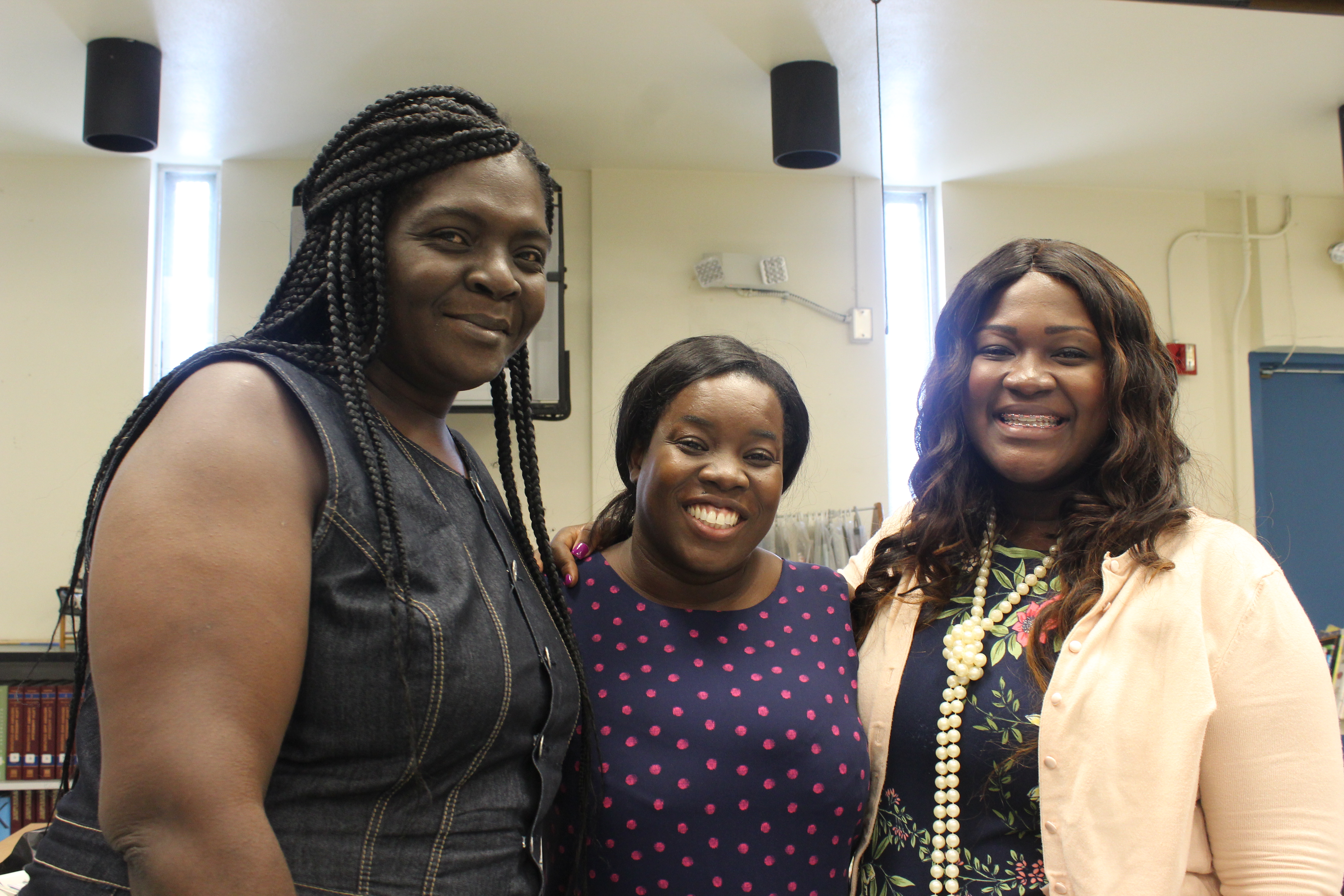 There are plenty of communities where putting essential school forms online would be no big deal.
And then there is the community of Little Haiti in Miami, where most parents are immigrants and low-income. Many do not speak English. Internet access is a luxury.
So when Margarette Mahotiere, family and community engagement manager for The Education Effect, heard that the Miami-Dade County Public Schools was switching from paper applications for free or reduced lunch to an online-only system, she knew that the parents she served would need special attention.
“We had open house the other day and I asked them if they filled out the lunch application and they looked at me like I was crazy,” Mahotiere said. “I understand we’re moving with technology and all that, but we have to remember that that doesn’t apply in all environments.”
It’s her job to help these parents navigate challenges like this. She does so through The Education Effect, which is housed at Florida International University. Serving Overtown, Little Haiti and Liberty City, the program’s mission is to connect students and families to resources so that students graduate from high school and go to college.

About 85 percent of the students are black and the rest Latino. Three-quarters of the students are of Haitian descent.
“Those neighborhoods have been suffering from a lot of economic and educational depression,” she said.
It was a small fix for a larger problem, but Mahotiere helped 25 parents get Internet in their homes for the first time, with computers that cost only $150 and Wi-Fi access for just $9.95 a month through a partnership with a cable company.
“The speed is slower,” she conceded, “but it’s good enough for the kids to do their research and their homework.”
An estimated 36 percent of black households and 30 percent of Hispanic households don’t have broadband internet access or a computer, according to a 2017 U.S. Census report.
But getting these families online was more than just giving these children the 21st century equivalent of indoor plumbing.
“That’s an equity issue, because those kids, they really need the food. For some of them, this is the only hot meal they get for the day.”
For Mahotiere, herself a Haitian immigrant, this work is personal.
“When I see these parents, I see my mother, I see my father, I see my aunties, I see myself,” she said.
“That’s the message I share with them: I was where you are. Whatever you are going through, I was there too, getting your lights cut off because your parents are waiting for their paycheck on Friday, going without water for an entire week.
“I went through it too, but I was able to rise above that and you all can do it.”
Last summer, The Education Effect placed 200 students in paid internships, mostly at Florida International University.
But soon Mahotiere discovered an obstacle: The university pays via direct deposit and many students didn’t have checking accounts. Worse, some couldn’t find their Social Security cards, which they needed to open a checking account.
“We asked the university, ‘Can you cut a check?’ and the university says, ‘No, we don’t cut checks anymore,’” Mahotiere recalled. “Then you have parents calling the university angry, saying you’re making our child work and you’re not paying them.”
“You’re trying to make their life better, but then there are other barriers.”
But bank accounts and Internet access seem trivial compared to the trauma endured by other students Mahotiere sees, such as the Haitian girl, maybe 9 or 10 years old, who saw her father drown while they traveled by boat to the U.S.
“She is acting out, and of course, you can see the depression. She cries a lot, she screams, she is not doing well in school.”
The school has just one counselor for more than 500 students and sometimes that counselor is pulled away to do other tasks, like cafeteria duty.
Meanwhile, the girl is drowning herself, only on land. “She cannot get psychological services, because she doesn’t have insurance and her parents don’t have money to pay for it.”
Despite this, Mahotiere finds bright spots in her work, such as when she brings students on campus for college tours.
“For some of them, it’s the first time getting in a car and getting on the highway. And for them to see how beautiful the campus and how clean the classrooms are, it’s like a brand-new world.”
When they visit the cafeteria, they invariably ask the same question: If we come to this college, can we eat like this every day?
“And I say yes, and they say I am going to FIU,” she said, laughing. “So it’s the food that’s the highlight, but it’s OK. If it’s the food that will get you the grades to get the college, it is alright with me.”